This summer, I flew to Beijing to stay there for a month. In the first two weeks, I joined a  summer program called Experiencing China at Tsinghua University in the capital and then took part in a 2-week Chinese language course. I had already been to China once when I was 16 and since then I wanted to come back. Not only to eat more of the delicious food but also to see more than just Zhuhai, the comparatively small south-eastern city that I had been to on my first visit. In addition, the Experiencing China program offered me the opportunity to learn more formally what makes this rising country what it is today and how it will continue to develop in the future. All that, while getting to know nice and ambitious students from all around the world. Lastly, as it turned out, I was also able to take my sisters with me to China.

Tsinghua had organised this program for the first time to broaden its international reach and to enable students to get to know China better. 140 students from 26 countries were selected to live and study on campus from the 1st to the 12th of August. The program consisted of a range of activities. First, morning lectures brought top-class professors to us that spoke about the most important issues facing China and the world today. These ranged from Education to Environment, the History of China its Economic development. Second, afternoon classes split the large groups into sub-groups that dealt with six topics in more detail. These included: Economy, Architecture, Education, Women’s development, Environment and a City. Every student was assigned to a group based on his preference. I was assigned to the Education group and so I got the chance to learn about the History of Chinese Education in the first week classes and then its present and future development in the second week classes. Lastly, we also went on group excursions every other day. These took the Education Group to places such as the Imperial College, the National Library, education start-ups and the headquarters of the Confucius Institute.

This all was framed by an opening ceremony in the faculty restaurant and a closing ceremony in a hotel just off campus. The key take-aways for me were overall that China deserves more attention and that I will have to come back to try and understand more and really experience China. To this end, good control of the Chinese language will be imperative. That is why I already started to learn it with two of my sisters in a 2 week language course right after the program at Tsinghua.

To study the language, we went to Global Village School (GVS) just south of Tsinghua University campus. That school was recommended to me by a 4th year student in my course at University College London. I had contacted her because she had gotten into the Schwarzman Program and had already studied at Tsinghua before to learn Chinese. Turned out she could give me great advice; many other people I met at Tsinghua recommended to go to GVS as well. The school was also quite cheap. My sisters and I had our own private teacher and still paid only 9000 yuan for two weeks including accommodation, which is the equivalent of around 800 Euros or 600 Pounds. Classes took place from 9 to 12 in the morning, during which we respectively covered one chapter of an introductory textbook published by Beijing Language and Culture University. At the same time, we learned characters in a character workbook and also had an exercise book. Generally, Chinese is not as hard as its said to be. Especially basic phrases are simple because sentence structure and conjugation are straightforward on a basic level. Therefore, the most tedious part was learning characters, of which we tried to learn around 15 every day. At the end of the two weeks, our level was sufficient to buy certain quantities of simple goods and to have a simple conversation, such as introducing  ourselves. Most of the time was spent on practicing how to pronounce words in order to set a good foundation for future study. However, pronunciation is also manageable as there are only 4 tones and pinyin reveals a lot about how a word ought to be pronounced.

4. Living in and discovering Beijing

Life in Beijing was not easy but very beautiful, both for a number of reasons. Challenges we faced ranged from ordering food to making our way around in the city, although that was somehow manageable thanks to the good metro system. The main problem we faced with the latter was bing maps (the only site you know as a westerner left without google). It was not precise at all. Therefore, we could only find our accomodation after using baidu. Bing had led us to some completely different place. Ordering food was another issue: it was easy on campus at Uni because you could just point to meals. Yet, as soon as we ate off campus, cards sometimes consisted only of Chinese characters. Therefore, we had to resort to choosing unknown dishes. As time went by, we found the restaurants with pictures on their cards. In addition, our Chinese improved, which made things a lot easier. We also went to a local supermarket to get some basic groceries, which of course also made things easy. Our eventual solution for food were Chinese dumplings for breakfast and then local restaurants for lunch and dinner. Both a Sichuan restaurant and a Peking duck restaurant were our favourites. In the afternoon, we usually went to see a number of different sights, many of which were just breathtakingly beautiful: 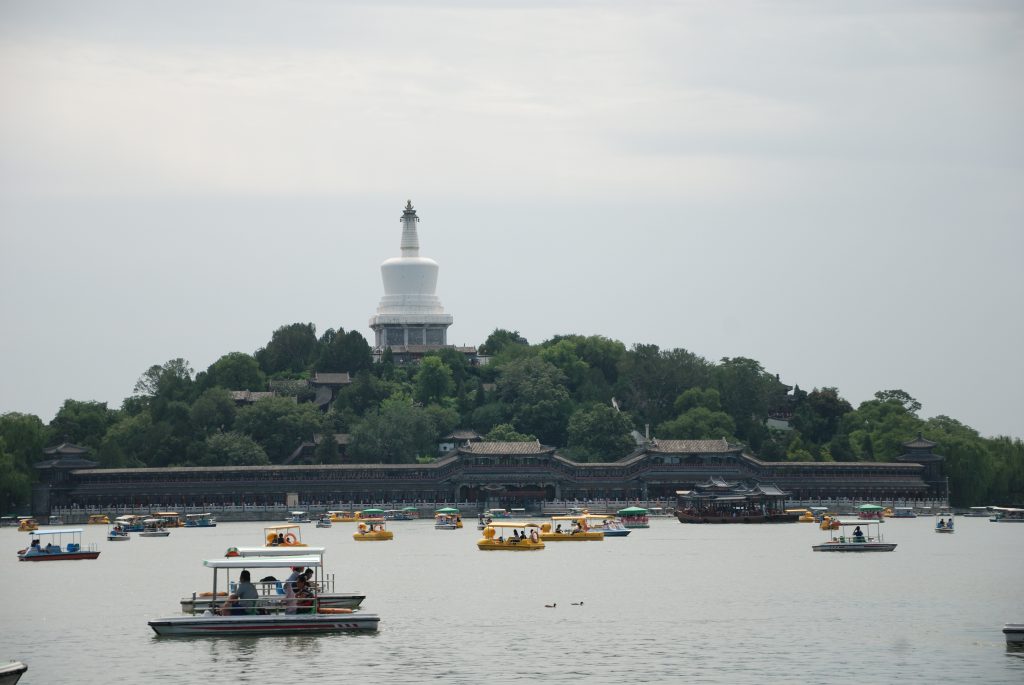 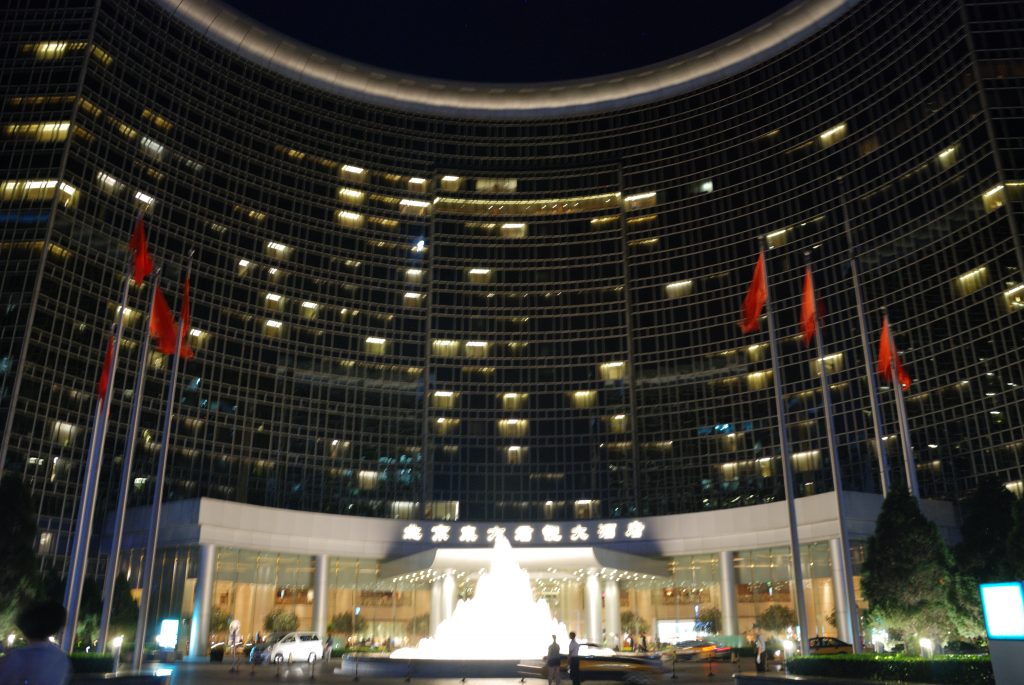 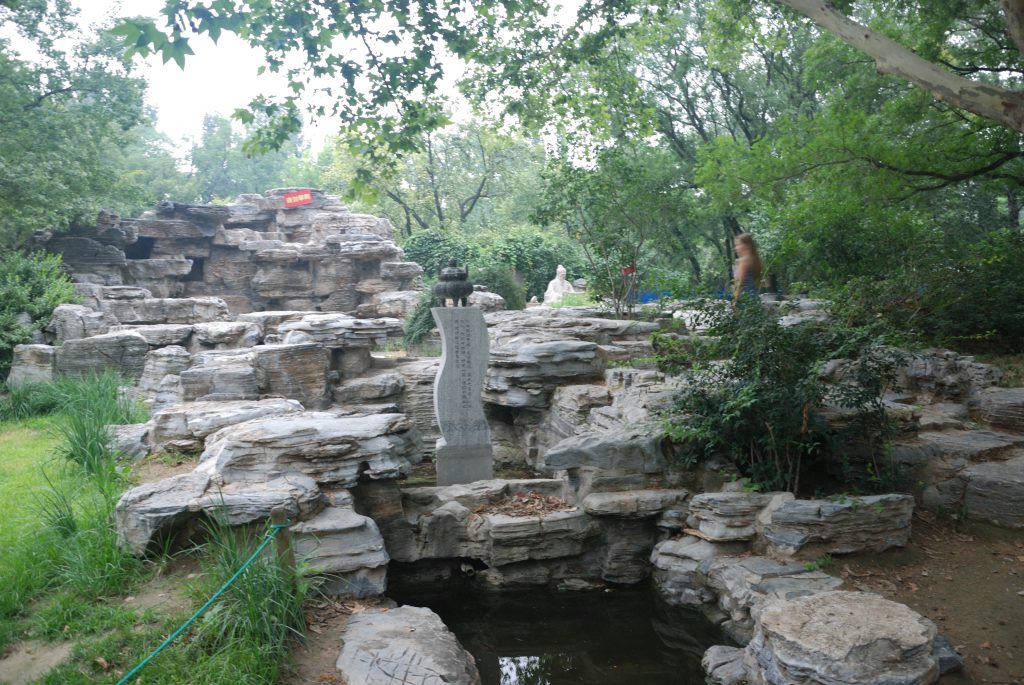 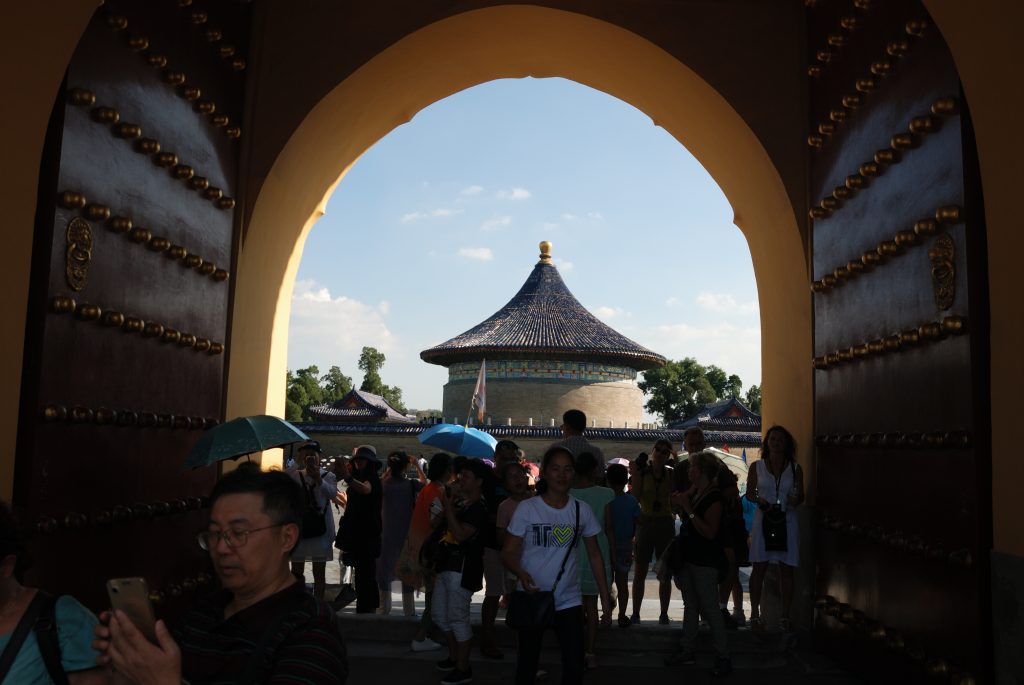 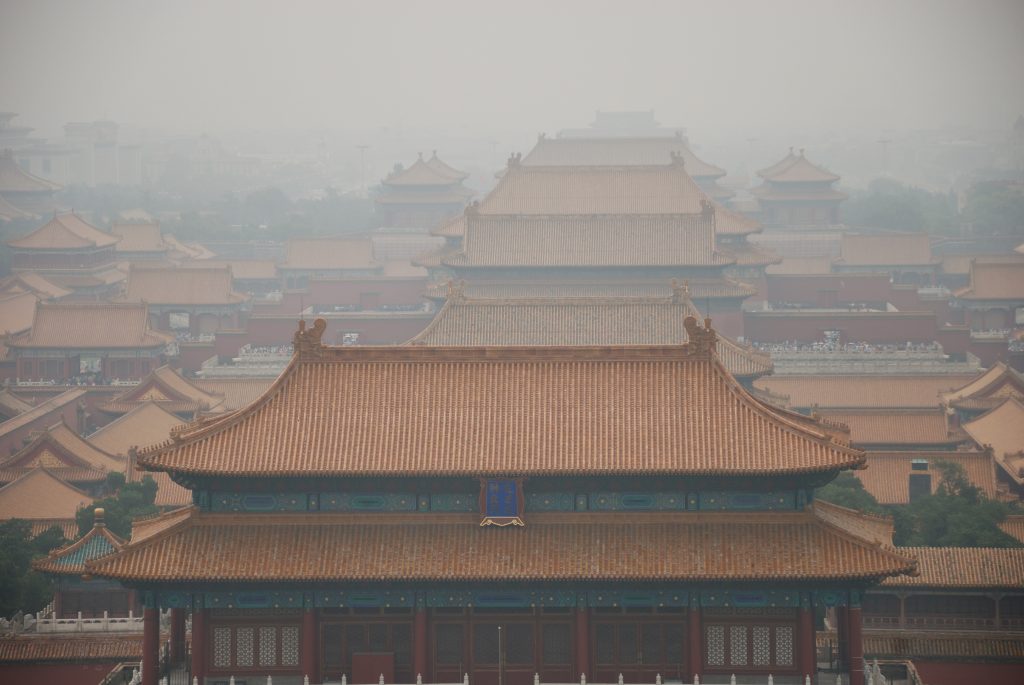 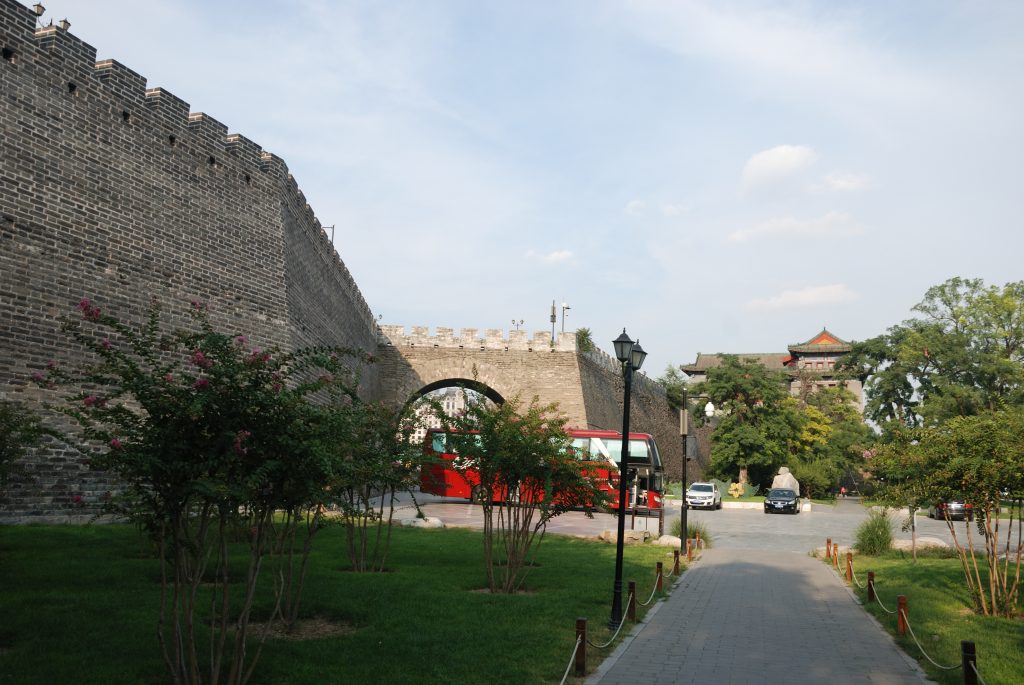 Tuesday, Monastery of the White Clouds 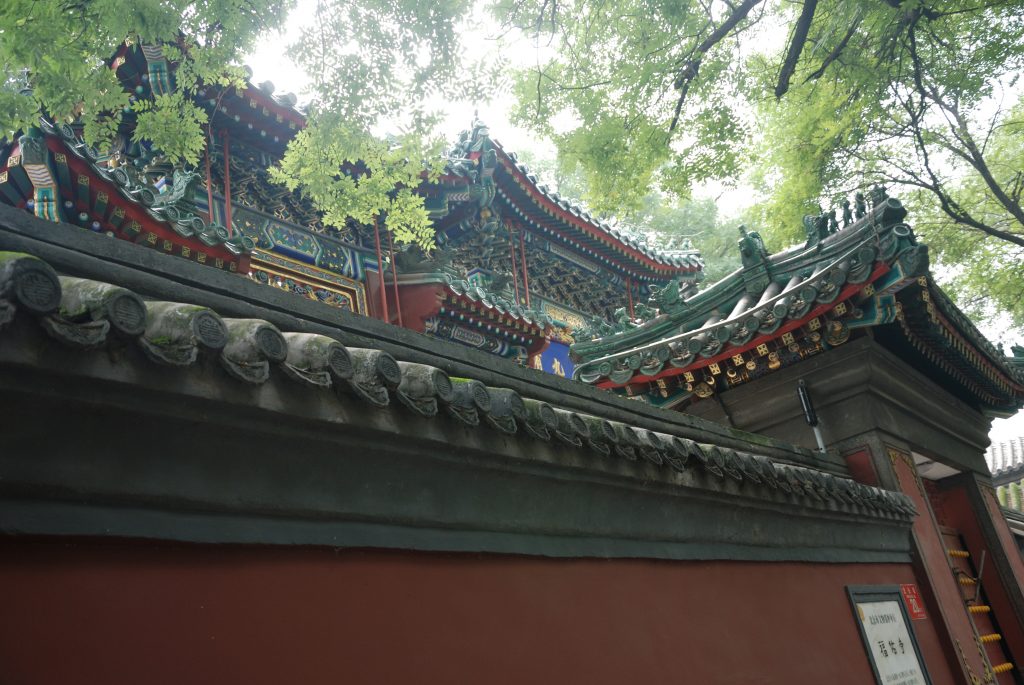 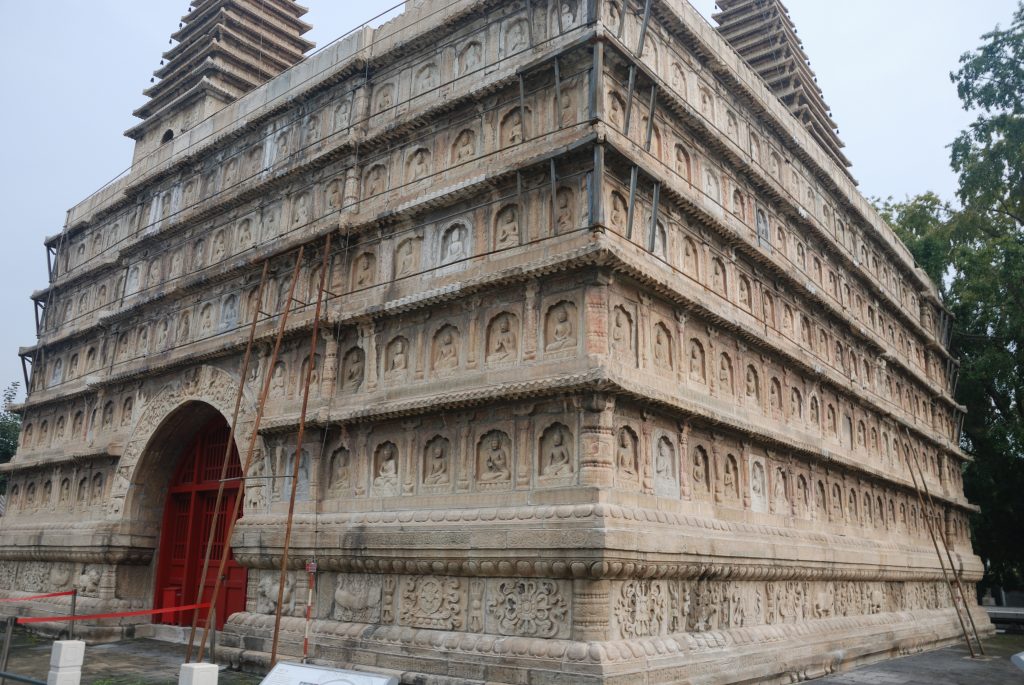 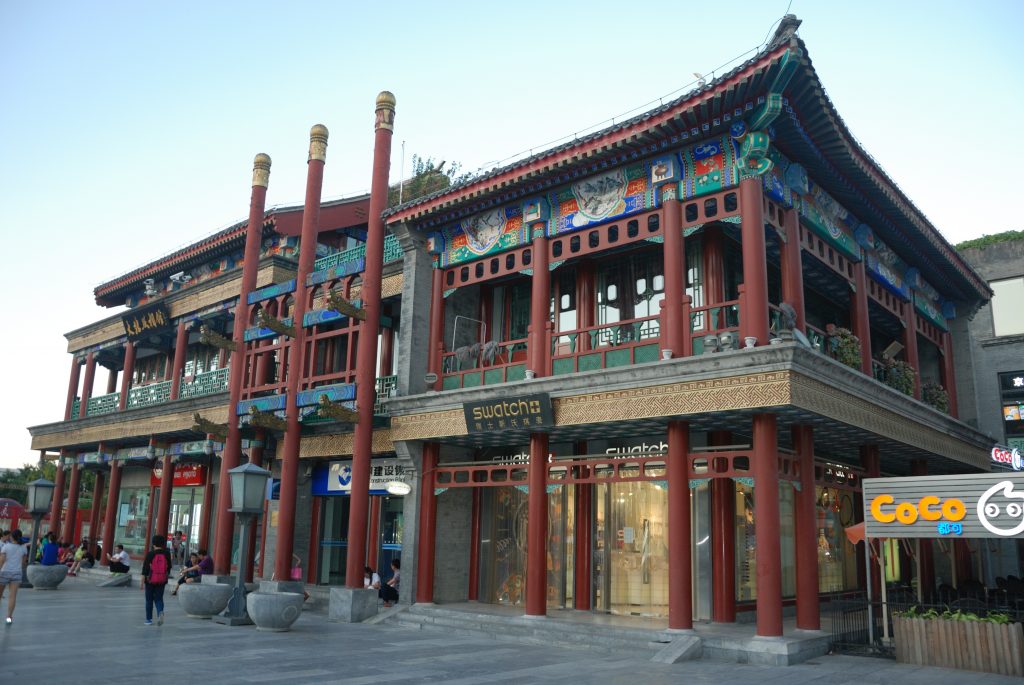 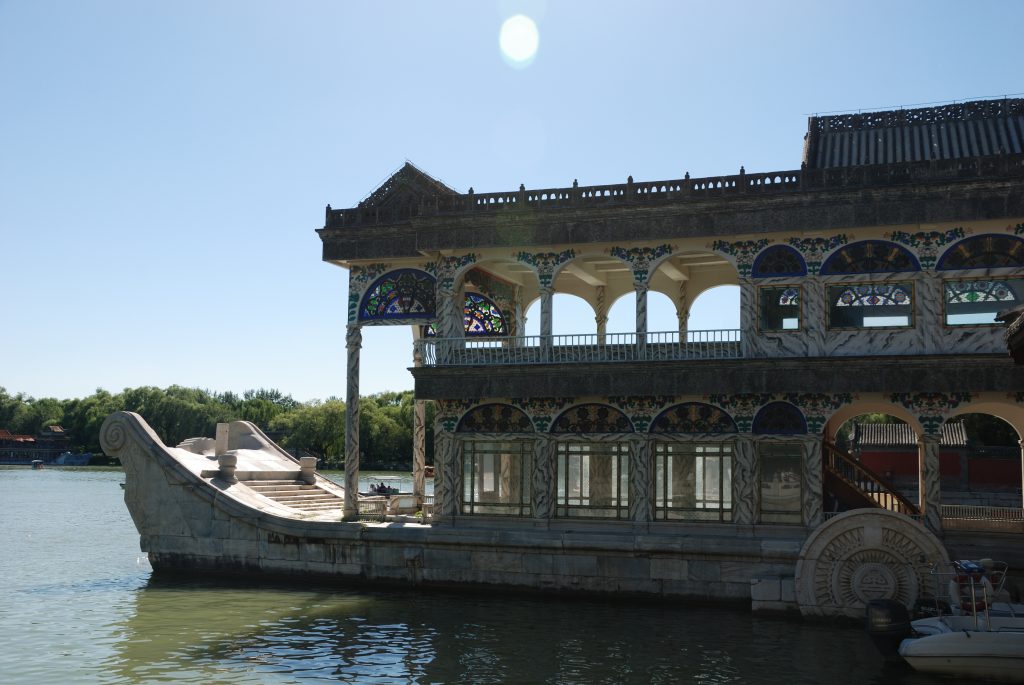 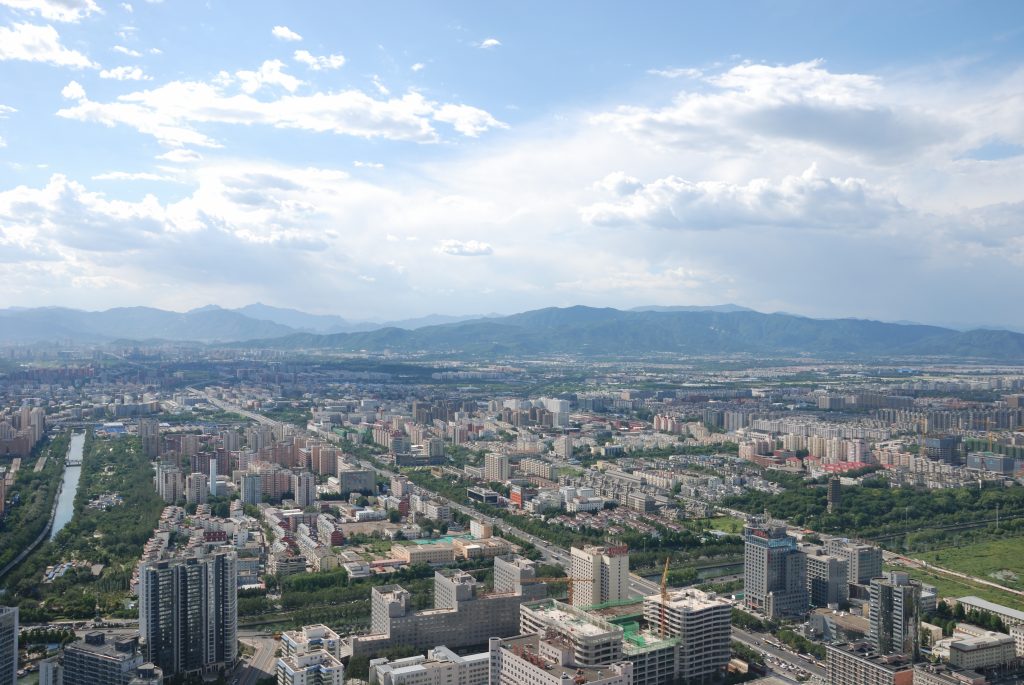 This was a huge challenge in many ways and it was very much worth it. It showed and reinforced a few very important beliefs. First, that China is incredibly important. Second, that Chinese is doable and will still keep my sisters and me busy for a while. Third, that it can absolutely be recommended to go and discover China. It is a safe country with nice people and incredibly big differences to many western countries that you can try and begin to grasp. However, really understanding and experiencing China, will require a lot more time and effort. I guess no matter how hard you try, there will always be more to discover in that vast and diverse country in the east.