This is the second of four “Discovering Russia” posts respectively describing journeys I undertook with a travel companion that end in a last post comparing Russia with other countries.

My state of sun ecstasy is only getting more serious: the weather feels amazing now and not at all like the Moscow I know from winter. Plus, the sun shines from early morning until late in the evening, longer than Europe in summer.

Our second trip took us to the capital of an autonomous region called Tatarstan. Kazan has 1.15 million inhabitants and is the 8th biggest city in Russia. It is known to be wealthy and therefore very beautiful. We found out that going there for 3 days over a long weekend was maybe too long. 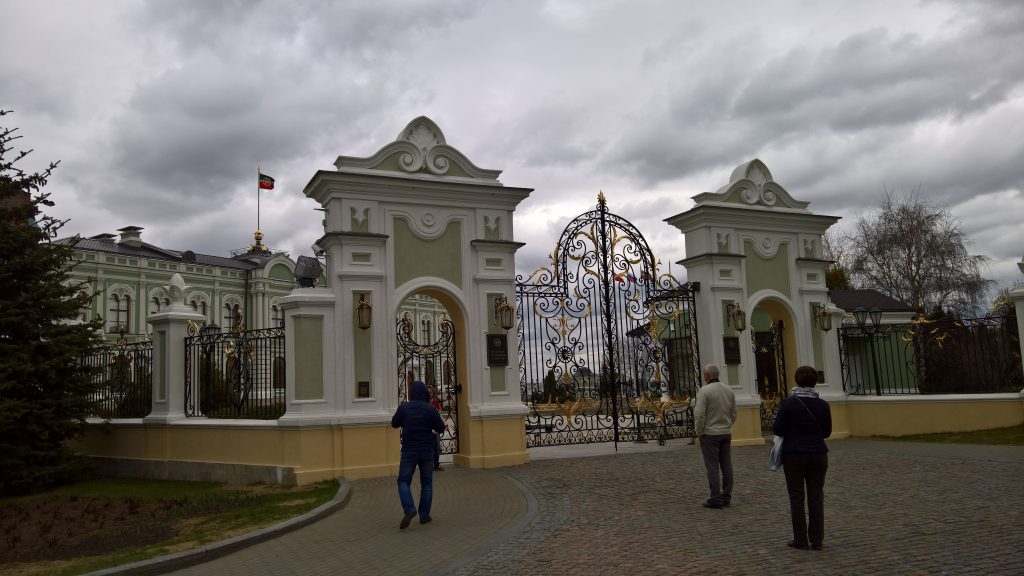 Palace of the President of Tatarstan in the Kazan Kremlin

After arriving in the morning on Saturday we went to the main attraction in Kazan: The Kremlin. It was crowded by Russian tourists, somehow understandably because the mosque and church in the Kremlin, joined by some museums and the seat of the president of Tatarstan, are all in all quite nice to visit. The rest of the day we spent walking around on Bauman street, the main shopping street of the city. In the evening, we went to a rooftop bar to look on the city from above and then walked through the city centre at night – like every Russian city I have been so far it is stunning at night because the buildings are lit beautifully. 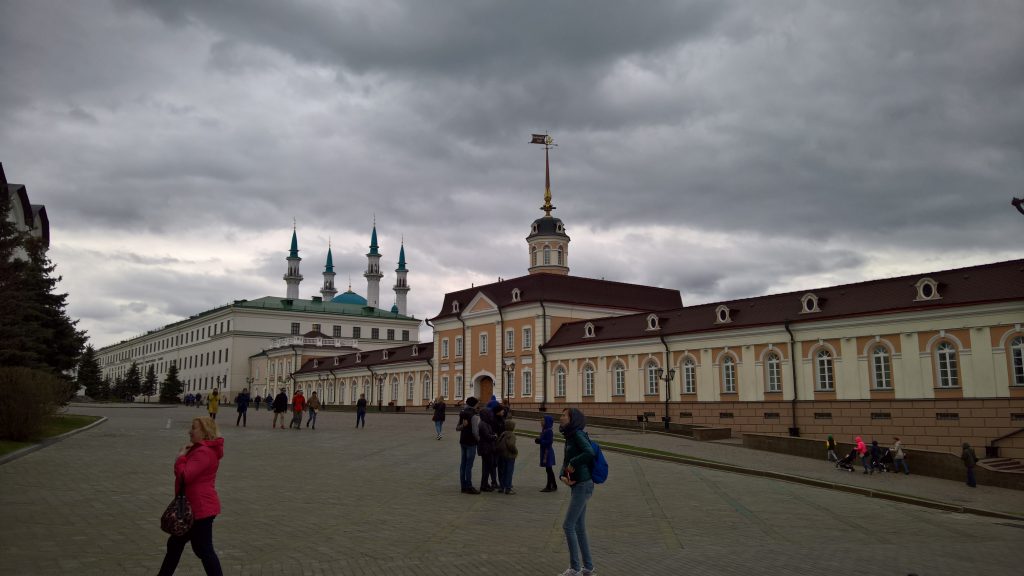 Buildings in the Kazan Kremlin 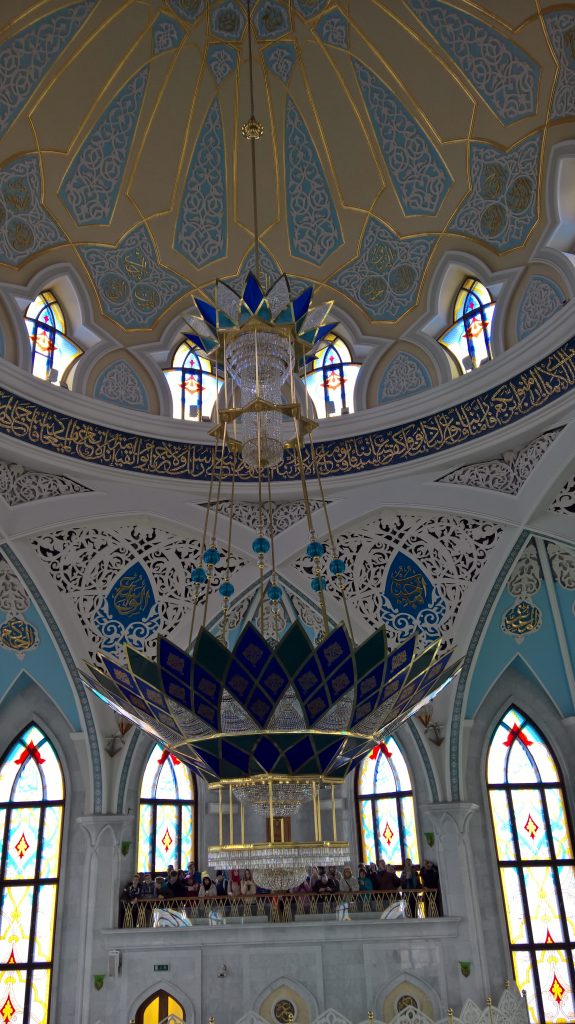 Inside the Kazan mosque 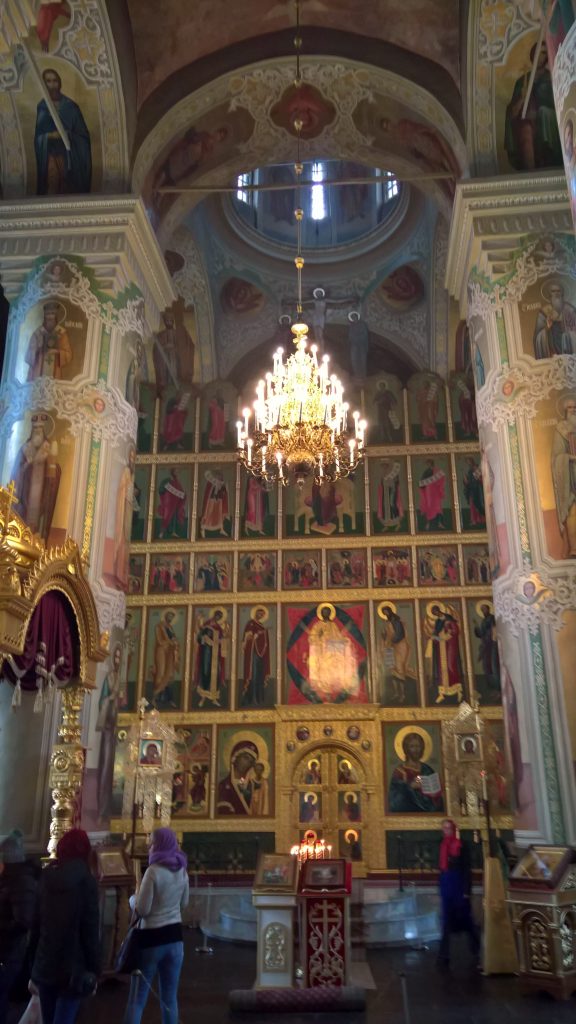 Inside the church in the Kazan kremlin

Our second of three days we spent with beautiful sunshine visiting an old village just outside the city centre and rowing on the city’s inner lake. We also visited a friend’s apartment near our hostel and saw his region of town. In the evening, we walked to the Kremlin again, where the mosque is amazing at night. If poetic: streetlamps were shining bright and clear along the street as if each was marking a day of the year abroad in Russia. That night, the Kremlin also looked down on the locals holding their rehearsal of the Kazan Victory Day parade the day before Victory Day. 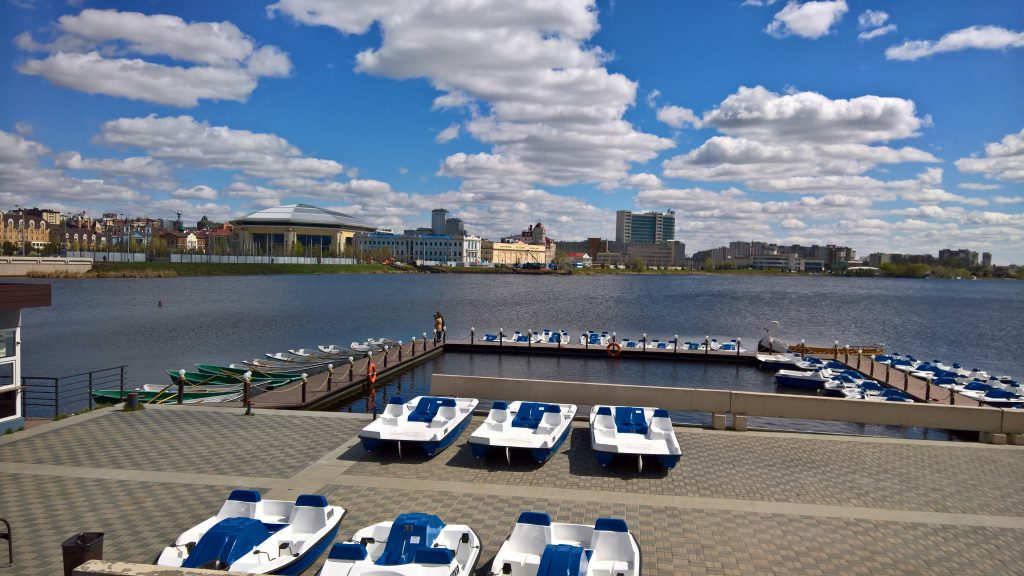 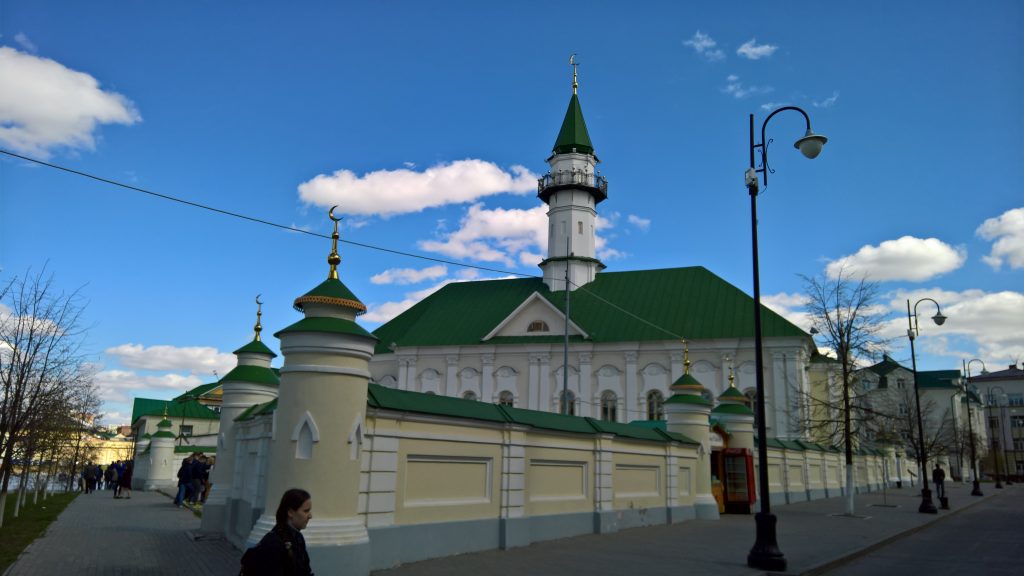 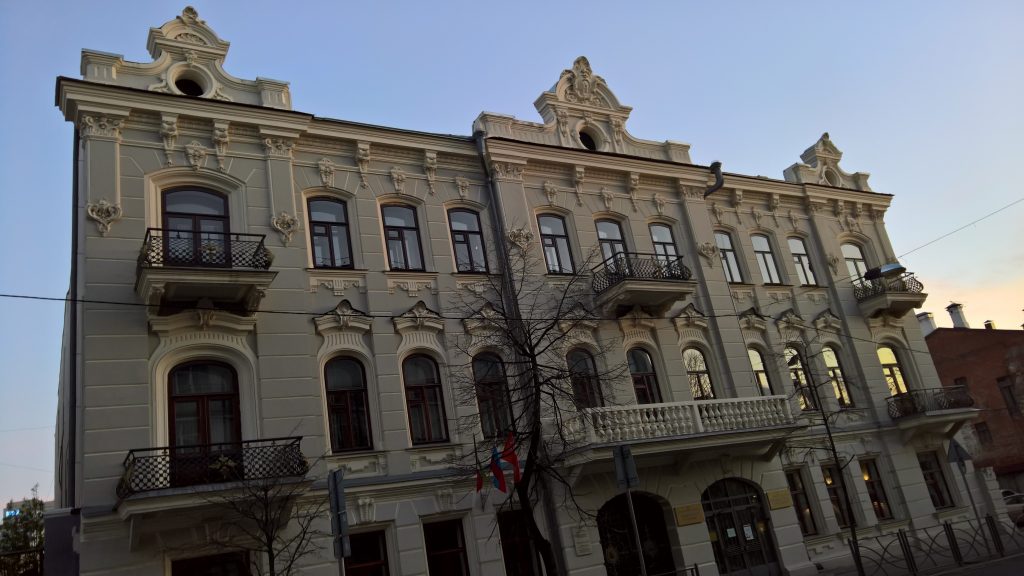 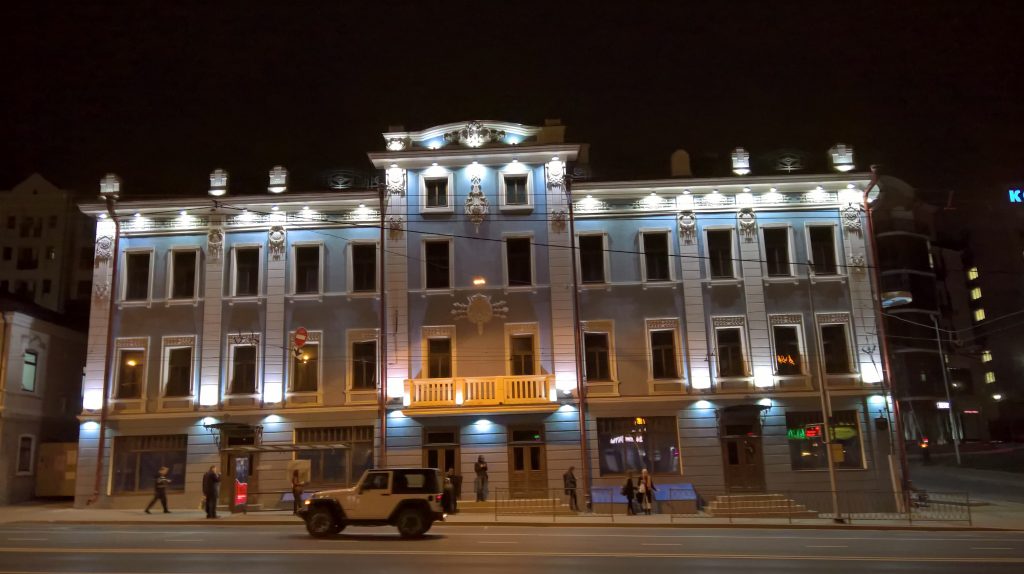 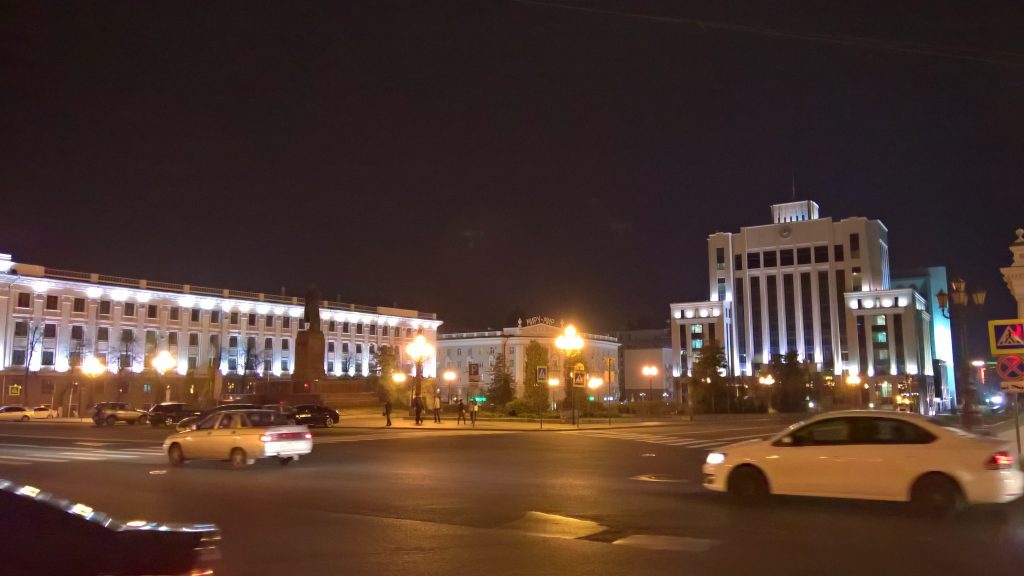 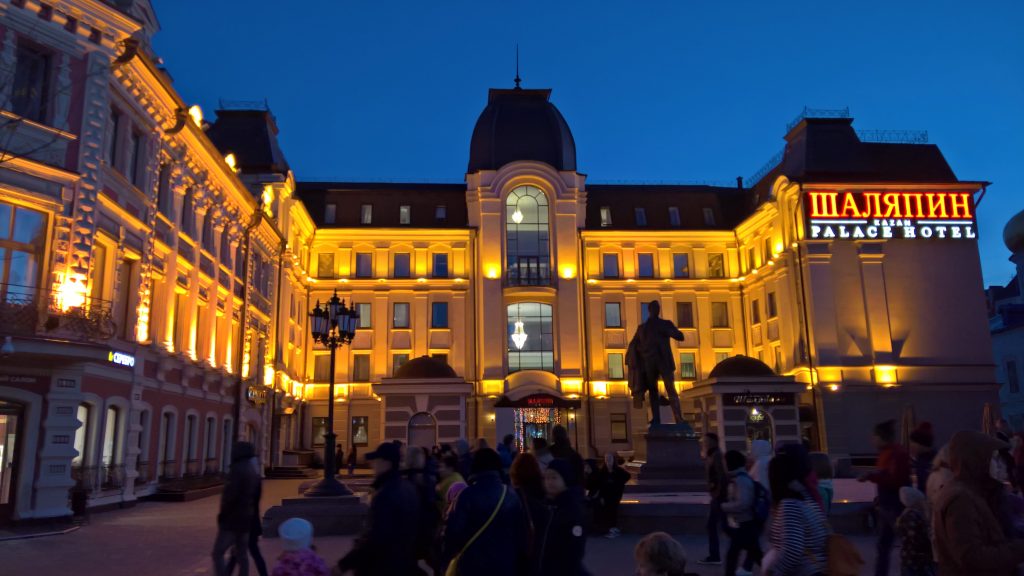 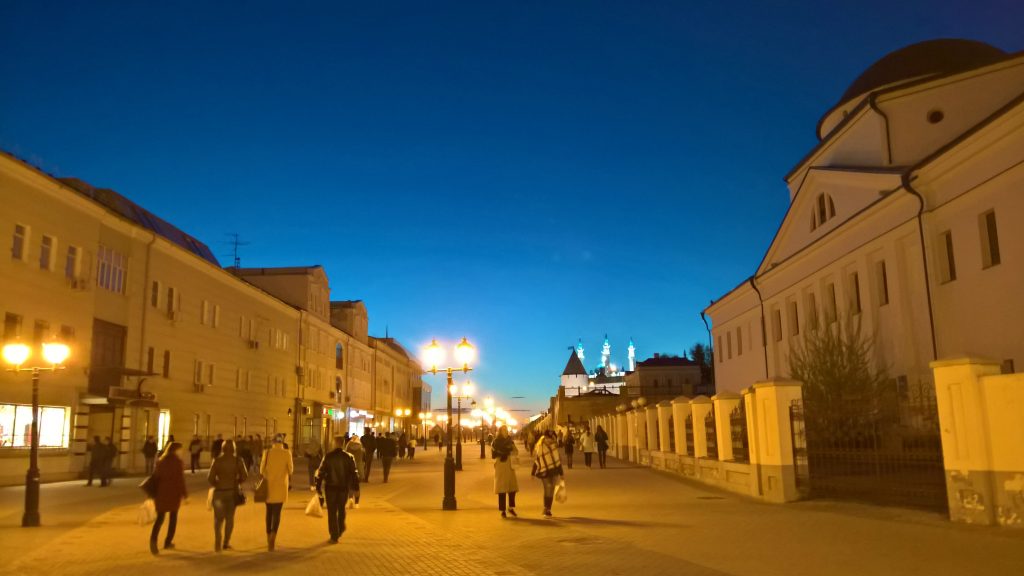 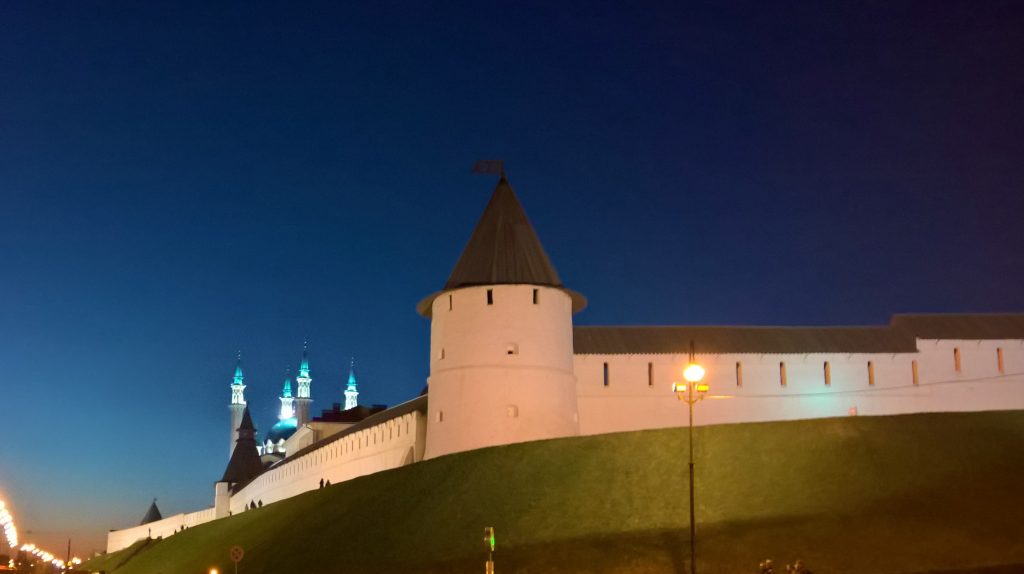 The last day began with heavy rain. Luckily, a taxi costs you less than the bus fare for two people and above so we ordered one to meet our friend in town with whom we had lunch. Food was generally very good by the way. After spending our afternoon shopping in town, we played pool and then met some friends from the UK before heading back to the hostel.

Such are the travels that we have undertaken, the next post will be about a day we spent discovering Moscow.